About
My Account
Spread of food at Ohn Korean Eatery. Photos by Mai Pham

It’s Friday night, and you’re looking for a cool new spot to visit. One that serves great food and drink. A place where you can chill and have a great time, but won’t break the bank. While you might be tempted to head somewhere inside the Loop, I’m going to point you in the direction of Asiatown. The place you want to be is Ohn Korean Eatery.

Tucked away on the side street off of Corporate and Bellaire Boulevard, Ohn is the latest brainchild of restaurateur and chef Mike Tran. Tran, for those who haven’t heard of him, is the man behind places like Aka Sushi House, Tiger Den and Mein Chinese Restaurant. Ohn is his latest restaurant to date, and it’s a whole lot of fun.

Think of a Spanish tapas bar where the food is Korean and the drinks are made of soju or makgeolli, the unfiltered rice wine that also just happens to be the most popular drink in Korea. On the speakers, upbeat K-pop music blares from a fantastic sound system, the music just loud enough to create atmosphere, yet subdued enough to where you can still have a decent conversation with those in your party. 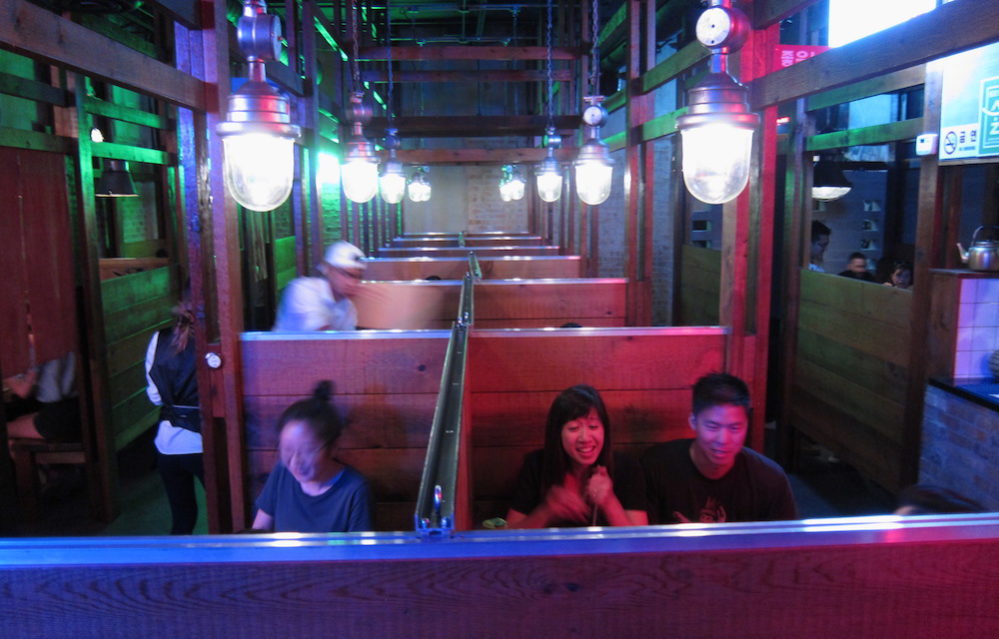 The semi-private booths shield you from your neighbors, so that you’ve basically got your booth to yourself. Apart from taking your order and delivering your food, the servers leave you alone to enjoy yourself unless you need help, in which case, there’s a handy call button you can push to request service.

I arrived with my girlfriend Dee on a busy Friday evening. They don’t take reservations, and though the restaurant seats 60-plus, the place fills up quickly, so your best bet is to get in on the first seating when they open at 5 pm. After that, the wait depends on how long people want to stay. If you don’t get there early enough, you can put your name down and wait on a bench outside, or you can ask approximately how long it takes, leave and come back. 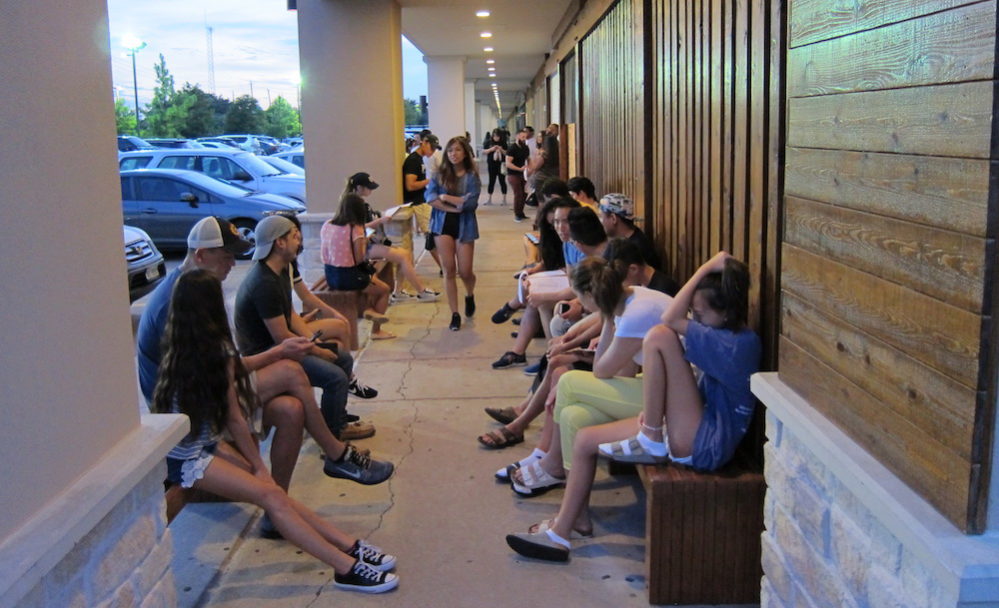 The line at around 8 pm on a Friday

Most of the booths are configured for parties of six or eight (there is also an area that can be configured for larger groups), but fortunately for us, we were seated at a small two-top. The first order of business: “Can I get you started with something to drink?” our cute, 20-something Asian server asked us. I settled on a carafe of fresh watermelon soju ($15), while Dee ordered a Far East Old Fashioned ($12) from the cocktail menu, developed by consulting bar guru Chris Frankel.

Then came the important business of ordering the food. The menu was developed to pair with alcohol, so you’re not going to find diet food here. Instead, it’s filled with carbs and protein, food that will absorb the alcohol and prolong your enjoyment. The menu was also designed so that it could easily be shared, and they don’t skimp on the offerings. These are not small shared plates, but big shared plates, so my advice is to order a few dishes to start, adding on as you go.

As it was my first time, I just went for it and ordered pretty much everything that looked interesting. Garlic soy chicken wings ($8.50)? Looks good, let’s have one order. Flat dumplings ($7.50)? Sounds interesting, I’ll have one of those, too. And so and so on. Was it too much? Yes. Were we overwhelmed? Yes. Did we have a grand, memorable girls’ night out? Oh yes, indeed. Did we need doggie bags? Also, yes.

The garlic soy chicken wings were a big hit, crispy, mild, double fried, and just as good as the ones you’d get at Korean fried chicken places like Dak & Bop or Bonchon. They come eight to an order and are a great way to start your meal. 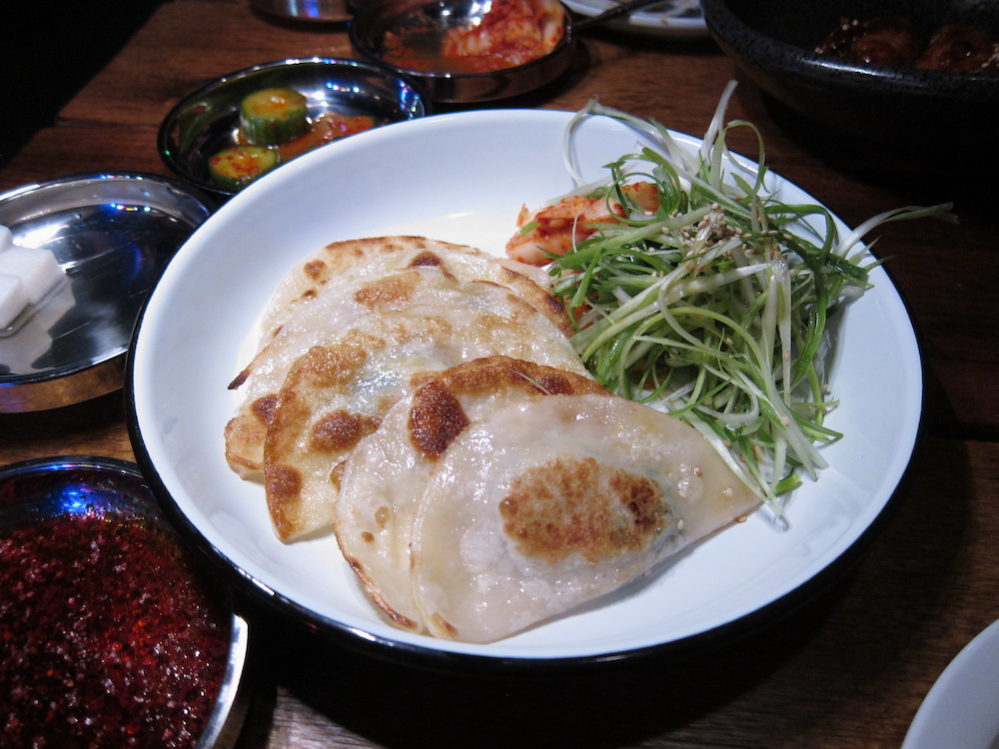 The flat dumplings (photo above) were mostly dough with just a small lump of meat in the middle. My friend complained that there was too much dough, but that is the style of the dumpling, so I had no complaints, finding their taste reminiscent of Chinese pot stickers.

I really wanted to try the army soup, but I knew it was just too big for us, so I saved it for another occasion. Instead, I opted for the dosirak rice box ($8), the smoked beef brisket ($18 for a ½ pound), the kalbi short ribs ($18) and an order of their already famous kream spaghetti ($16). 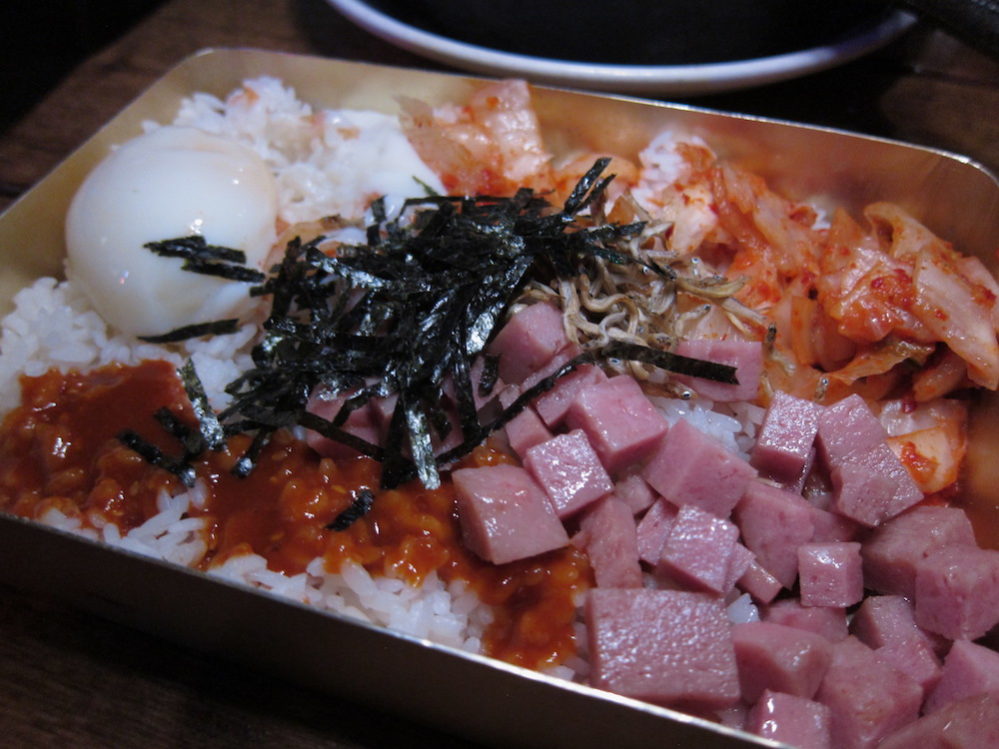 The dosirak before it’s shaken

The dosirak (photo above) is unusual and kind of cool if you happen to like Spam (I love it). Served in a slim, gold-colored rectangular metal box, the box is supposed to be shaken to mix up all the ingredients inside. Instead of having the server do it, my friend Dee did the honors, giving the box a vigorous shake-shake-shake that I captured on Instagram Stories. Shaking done, we opened the box to reveal a fried rice-type dish with egg, nori, kimchi and cubed Spam. Yes it’s kinda ghetto, but also delightful if you’re into lowbrow.

The kream spaghetti, which came with mussels and seafood like octopus and shrimp, was amazing, the umami-laced, spiced flavor very reminiscent of the much more expensive uni pasta you might get at an Italian restaurant. Highly recommend. 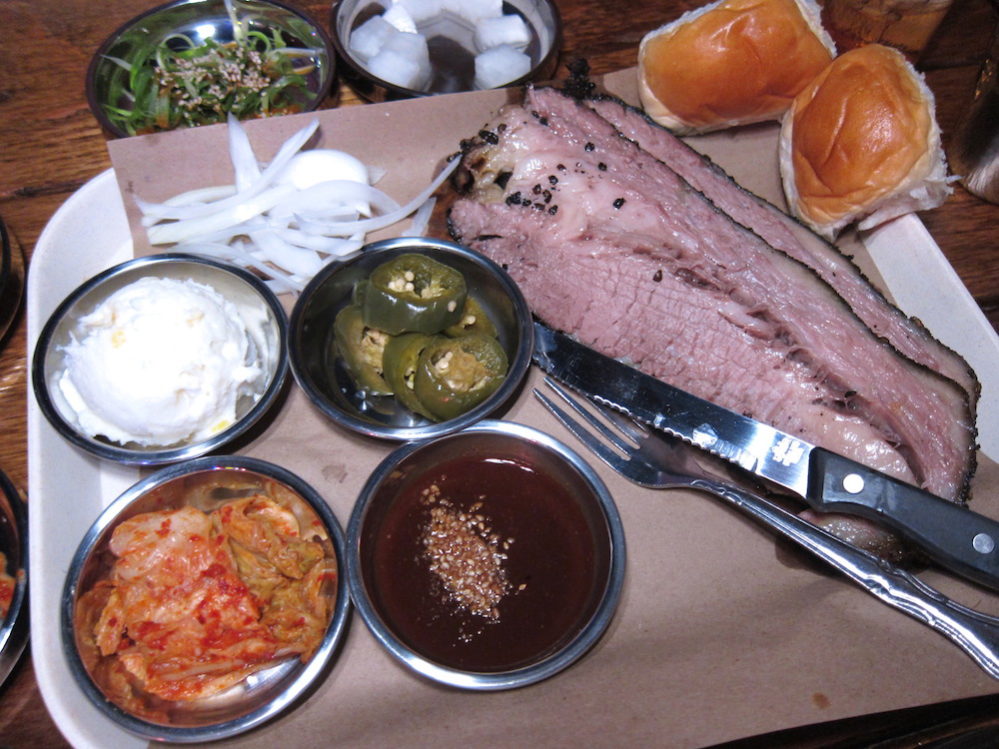 The kalbi was a little bit sweet for my taste, but still very solid, served in a cast iron pot with three small Korean side dishes, or banchan. The smoked brisket (we asked for a moist cut, photo above), was tender and huge, and came with a potato salad side dish, barbecue sauce, kimchi and a couple of sweet buns. We were too full at that point to truly enjoy it, but if you love meat and barbecue, it would undoubtedly satisfy.

Ohn calls itself a Korean Eatery, but at its core, it’s really a soju bar with a food menu. So to get the best experience, you want the alcohol to flow. The soju is deceptively light, however, so pace yourself or plan to Uber. I did not plan on drinking as much as I did, but at Ohn, that’s half the fun.

There are no upcoming events at this time. 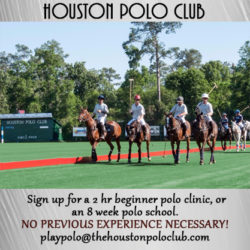